Want to wear your Mehndi in the royal manner of those yesteryear queens of the Mughal empire? How do their Mehndi designs differ from other Mehndi designs? Well, we are here to provide you the ultimate guide that you need in order to know everything that there is about Mughlai Mehndi designs.

The demand for Mughlai Mehndi designs has seen a leap in number over the past couple of years, although they have been worn by women across the Indian subcontinent and middle east for centuries now. But as the beauty industry has slowly started recognizing Mehndi as an integral form of body art, it is now shaping itself up as a whole other genre to study and research upon.

In Indian and Pakistani wedding ceremony or engagement ceremony girl must put mehndi design so some girls put Mughlai, mehndi design on her special day. this Mughlai mehndi design is done by a professional mehndi artist. this design is looking good in party wear dress or some heavy occasion or function. 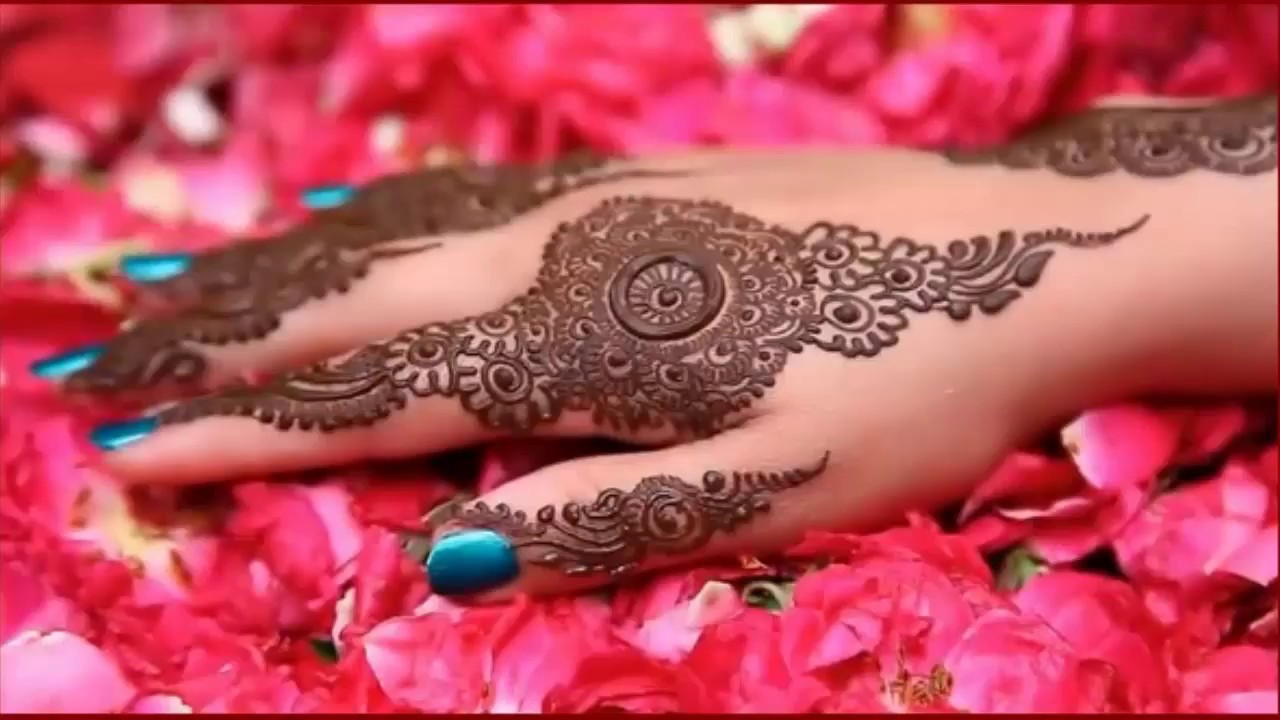 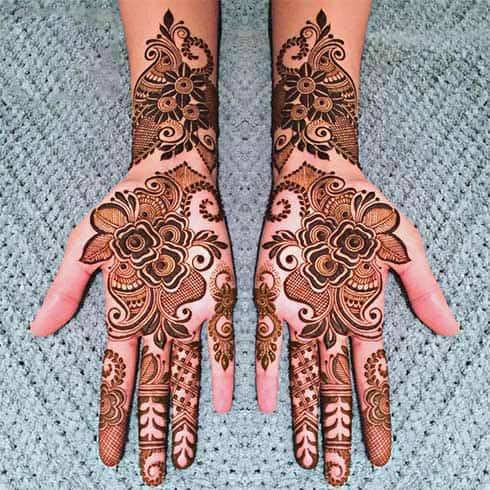 The Mughlai Mehndi have an eclectic range of designs, which makes them unique from each other, while still being woven under a similar pattern of thoughts. Just like their jewellery and clothing, their Mehndi designs also resemble intricate and delicate patterns and is marked by attention to detail. The motifs used in them are some of the finest that you will ever lay your eyes on.

Here are some of the Moghlai Mehndi designs for you to try on.

The Mesmerizing Emirates Mehndi designs resemble the architectural style that the Mughals used on their palaces and emirates.

As the name suggests, this type of design is marked by a prominent role of flowers, leaves and their adjacent stems. It is one of the most popular Indo Mughlai Mehndi designs of all time. From flowing lily petals to rosebuds, it is inspired by some of the favourite flowers of their Mughal era.

Mughlai Mehndi isn’t just restricted to the palm of your hands. They also have amazing works styled exclusively for feet. From floral to abstract, from peacock to colour, all the designs mentioned above can be worked on feet to create a contrast between your hands and legs.

The Mughlai Mehndi designs can be stylised on the entire hands, which means, it can cover the palms as well as the wrists ending usually at the elbow. Just like we have mentioned in the above point, you can apply any style of design of the Mughal genre on your wrist. Just make sure that it compliments the design on the palm of your hands.

Mughlai Mehndi designs have a grandeur in them which is hardly matched by any other school or genre of Mehndi designing. Therefore, its demand is increasing day by day and millions of women and even men are opting for it.

We hope our eclectic list of designs has helped you in having a better idea of what Mughlai Mehndi is based upon.

Before trying on these Mehndi designs, make sure you are not allergic to Heena in order to avoid skin burns or rashes.

Don’t forget to write to us to let us know which of these designs you found to be most interesting and which you can’t wait to try. We would love to hear back from you.